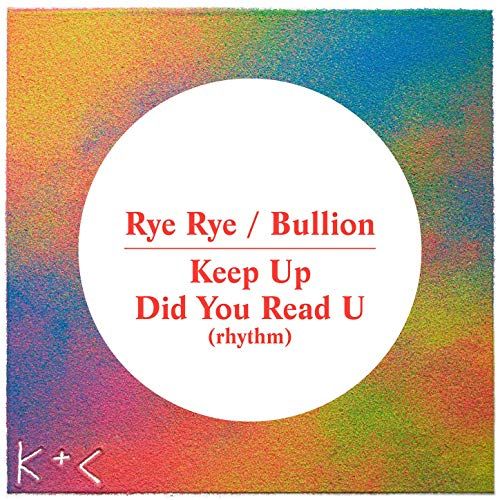 I found an old MP3 player when I was back at my folks' house, in with a load of my old stuff, and it had this weird track on it a dancehall rhythm made with a didgeridoo sample. It was labeled 'Bum Spider' and I tried for ages to google it and couldn't find anything (googling 'bum spider' brought some strange results) so I put a tweet out describing it but nothing. Then my manager, who knows the producer Bullion, told me it was by him and that he must have sent it to me ages ago! Anyway, I called Bullion up and said I had to release this track because I'd become obsessed with it. Rye Rye came to mind immediately for a top line so I got in touch and she loved the track so got on it and came back with 'Keep Up'. - DAVE MACLEAN, KICK + CLAP

Bullion's productions are full of distinctive rhythmic arrangements and unexpected changes - owing to a short attention span and acute attention to detail. With a slew of releases on One-Handed music, he drew the attention of Young Turks, releasing 'You Drive Me To Plastic' in 2011 and soon after, R&S, revealing his own voice on 2012's hypnotic 'Say Arr Ee'. Forthcoming is 'Rooster', a mini album for joint release on Greco-Roman and DEEK. Alongside his solo output Nathan produces and writes with other artists. His collaborations include Gwilym Gold, Laura Groves & Tic Zogson (as Nautic) and Jesse Hackett (as Blludd Relations).