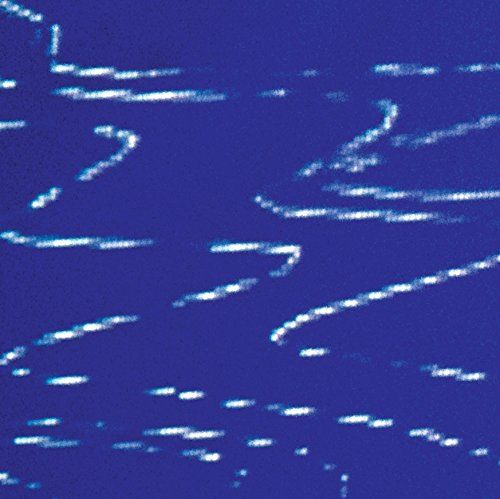 Like some ingenious combination of John Cage's chance operations and the numbers station data stream captured on The Conet Project, Strategy's new album immerses listeners in baffling sonic waters. It's a riveting work that converts the enigmatic effluvia of shortwave and dispatch radio chatter into thrumming, staticriddled clouds of ambience. An undercurrent of unease wafts through Information Pollution's four lengthy tracks, as barely audible molecules of aural junk never meant for public consumption get repurposed into an unsettling strain of inverted chillout music.

Information Pollution was born out of restraints. After moving into a new house with little space to set up his studio properly, Strategy (Portland producer Paul Dickow) could only work with a few devices at a time. He'd acquired an old Akai reeltoreel tape deck with tube preamps from his father, who'd recently cleaned out his own studio. Using radios, homemade effects boxes, and the tape deck, Strategy recorded these sound collages live to tape, without touching any synths or deploying any samples. I discovered a lot of ghostly shortwave sounds, Dickow says, but also ambulance, parking, and school bus dispatch channels on forgotten frequencies that I think might have been once used for police or broadcast TV. The result falls somewhere between Philip Jeck's eroding turntable symphonies and William Basinski's poignantly decaying Disintegration Loops. Dickow relates that he uses the term Information Pollution to classify any spam, broadcast saturation, junk mail, invasion of unwanted information [that enters] the socialemotional public realm. As with the material Strategy created with cassette tape loops on his last Further release, 2015's Noise Tape Self, there's a sense of machines having their own life, beyond our control. But instead of chaos, Strategy has produced an artful alchemization of discarded tones. Although Information Pollution sounds unlike anything in Strategy's sprawling catalog, he likens the album to his activities within Portland's '90s/early '00s experimental/noise scene. The reason he hasn't issued anything in this style till now? He wanted to wait till he was sure he'd given it the necessary rigor and study. With this album Strategy has shaped the random output of radios into a gripping document. As Dickow puts it, This is the audio equivalent of photographing the oil slicks that appear in the puddles of parking lots.