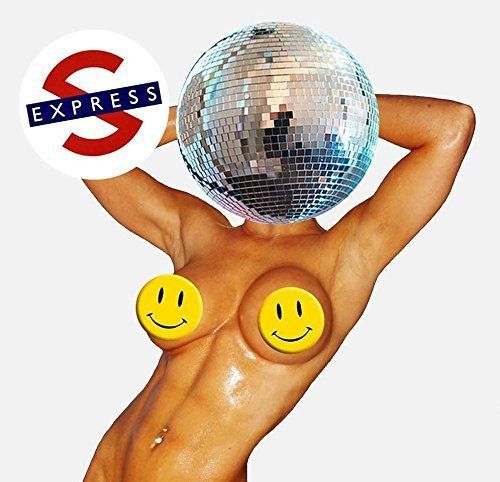 Mark Moore! The wizard from the Mud Club. The first DJ I was a true fan of. An artist to whom I owed everything during my time in London, who'd taught me about whole areas of music I'd never known existed. Laurent Garnier, taken from Electrochoc

Moore was one of the first DJs to play house music in the UK. He was also the band leader of S-Express, an all-round fabuloso and a modern dandy of the highest order. We salute him, verily. DJ History

Mark Moore is often cited as one of the UK pioneers who championed house. Greg Wilson

On 27th May the legacy and influence of Mark Moore and S'Express is celebrated with 'Enjoy This Trip' - a collection of remixes and cover versions by artists Mark has been an influence on and friend to, including Chris & Cosey, Tom Furse from The Horrors, Horse Meat Disco and Ray Mang. The album art is a homage the punk-era work of artist Linder Sterling and is designed by another friend - Trevor Jackson.

Mark Moore is a respected and loved character, who's deeply-ingrained in the history of UK club culture, and is hugely influential on both dance and pop music.

Having been around since the vibrant pre-house days of early 80s London, regularly attending cultural hotbed The Blitz, Mark first started DJing at Philip Salon's legendary Mud Club when the resident DJ Tasty Tim asked him to fill in one night. Due to his extensive record collection of disco, new wave and italo Mark was a huge hit with the crowd and was immediately offered a residency, which he held for over five years.