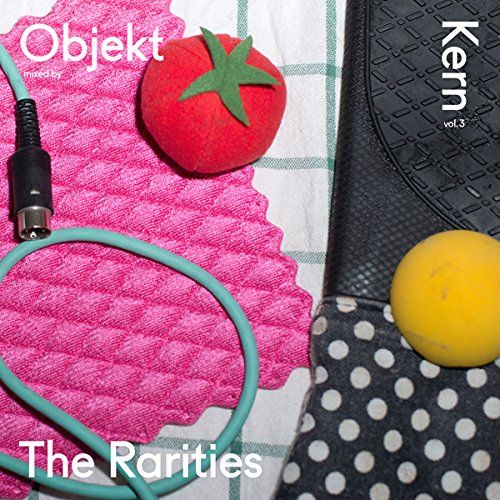 Following contributions by DJ Deep and DJ Hell, Tresor Records are proud to present the third instalment in their Kern mix-series, this time headed by Berlin based producer Objekt, his first release following his 2014 debut album Flatland for PAN. In keeping with the series mission of showcasing a more personal approach to mixing Hertz describes his process as such: Kern Vol. 3 is made up of tracks that I know I will play and love for years to come. Some of these records have been in my bag for years, others are almost as new to me as they are to you. A handful are by lesser known artists whom I admire and who I think deserve wider recognition. Planned, recorded, embellished, reworked, tweaked and chiselled away at over a period of 6 months, the mix was gradually carved out in a way that makes use of new and old techniques alike, presenting itself primarily as a DJ mix but settling in a sweet spot between live recording and studio trickery. The tracklist spans styles, decades and BPMs in an attempt to craft a mix that's unpredictable and compelling in equal measure - one that draws from the more adventurous corners of my club sets, but above all, one that's a pleasure to listen to. Kern Vol.3 will release on Tresor Records on July 8th 2016. In the usual manner, the mix CD will be accompanied by two 12s comprising the exclusives and rarities.