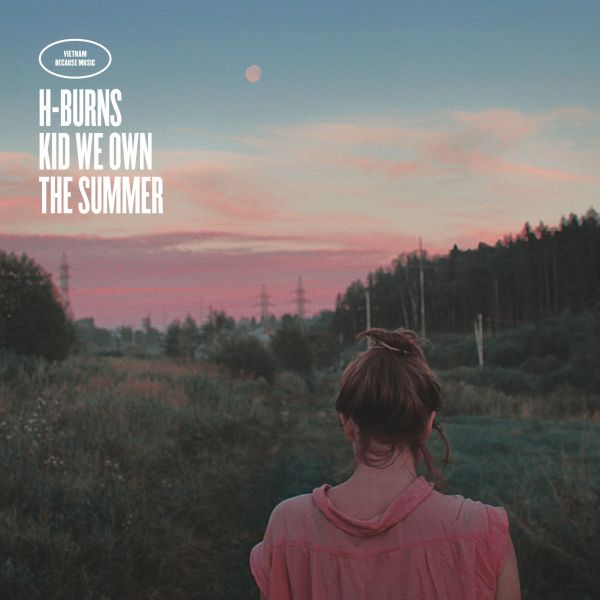 H-Burns - Kid We Own the Summer

The record cover shows a woman walking towards dusk - or is it dawn. Two years after the success of Night Moves, a wander through a threatening nocturnal Los Angeles, H Burns returns with a new record for twilight. Kid We Own the Summer finds its identity between a few landmarks such as David Lynch and Angelo Badalamenti's California, the intimacy of Bruce Springsteen's Darkness on the Edge of Town, the relative calmness of Suicide's second album, and the elegant melancholy of The National. In order to compose, Renaud Brustlein aka H Burns decided to reinvent himself once again. He didn't repeat the live configuration that he used in 2013 with Off the Map, an electric storm recorded in Chicago, with a band, in a single week, with the legendary Steve Albini. For Kid We Own the Summer, the composer started working in his home studio, by gradual touches, because there's no place like home. The result? A melancholy cinematic stroll across stories of misguided couples, unspoken words that end-up ruining people's lives, the pursuit of dangerous situations, like an elegy to the end of adolescence - leading to a place we're unsure of. Born from a keyboard, a piano and a beatbox, these ten songs were brought to light, as always with infinite delicacy, by impeccable guests-friends - strings by Bertrand Belin and vaporous keyboards by Denis Clavaizolle (Bashung, Murat, Daniel Darc) - mixed by Rob Schnapf (Elliot Smith, Beck) and mastered by the great Greg Calbi (Springsteen, Dylan, Paul Simon). Noisey said of Night Moves that it was the perfect record for all the cold and sad months to come. Kid We Own the Summer will be the record for our sleepless nights.