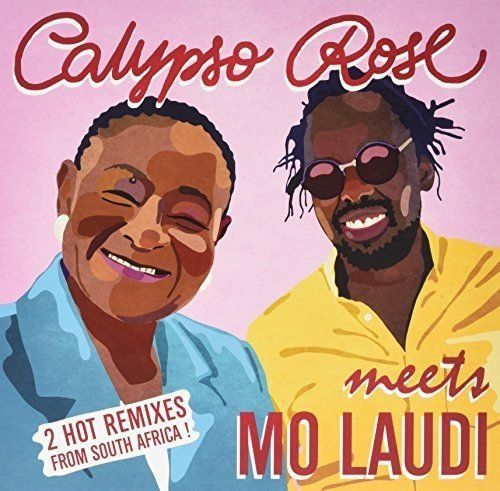 After the successful Calypso Rose's Far From Home album, Because Music will release a two remixes EP for the Record Store Day. Those remixes are made by the South African Mo Laudi. His work is considered to be in the vein of Jamie XX's music. Forget the thorns, because she has them, and without delay pick this (Calypso) Rose who, at 76 years old, looks fresher than ever. Calypso Rose was always a fighter and had to overcome hostility from her father, a Baptist preacher thoroughly opposed to her pursuing a musical career. And she was sexually abused as a teenager, as she bravely confessed in Calypso Rose, Lioness of the Jungle, the 2009 documentary about her. A tireless worker, she composed almost 800 songs, starting at age 13, and spent 17 years singing on cruise ships for the New York-based company Celebration At Sea, before playing on the legendary stages of the Apollo and Madison Square Garden with two of the greatest calypsonians, Lord Kitchener and Mighty Sparrow. Calypso Rose is a fighter indeed: you don't survive cancer and two heart attacks without a solid dose of grinta.