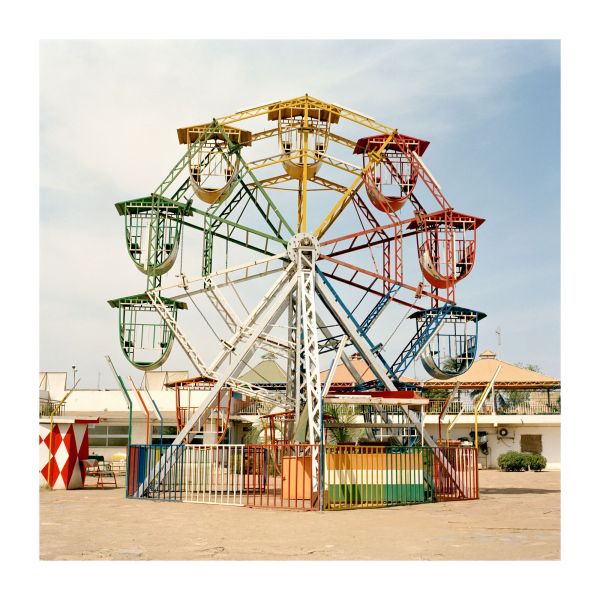 Round up part IV marks the end of year 4 of Heist Recordings and it might be our most varied release yet with some serious Afro funk from Switzerland, electronic soul from Italy, proper old school deep house from the UK and some Dutch guys adding a bit of swing to the package.  For those unfamiliar with our annual concept release: The Round Up is a release where each artist that has released this year gets remixed by another Heist artist from that same year. We put all the names in a big hat, and draw straws. The result: 6 different remixes from 6 of the most intriguing original tracks of the year, in a deluxe 180 gram 2x12 pack. Fouk had the honor to rework one of the most euphoric tracks ever to come out on Heist and certainly one of Nachtbrakers most party-oriented tracks ever: Hamdi. They flipped the original into a rhodesy afro-tinged jam filled with lovely bleeps and fx and some great work on the keys. The DS remix of Parker Madicines Heartbreaker is just as dreamy as it is driving, making full use of their synth-cave with an ever-evolving Moog bassline and some great pads on the Arp Odyssey. Alma Negras Blacksoul remix of Nebraskas Big Plate Chicken takes the full B side and rightly so. The African drums, chants and looped sampling the originals bleeps give a great groove, but the track really comes alive when the bassline kicks in. The second 12 gives room for Nachtbrakers Swing mix of Cant Hold it, where he lets loose a trippy, sample heavy track with a dustier ambience than your grandmothers living room. Turn it over and youll find Parker Madicine jazzing up Afrorleans and Nebraska throwing in a classic deep house touch on his remix for Fouk.