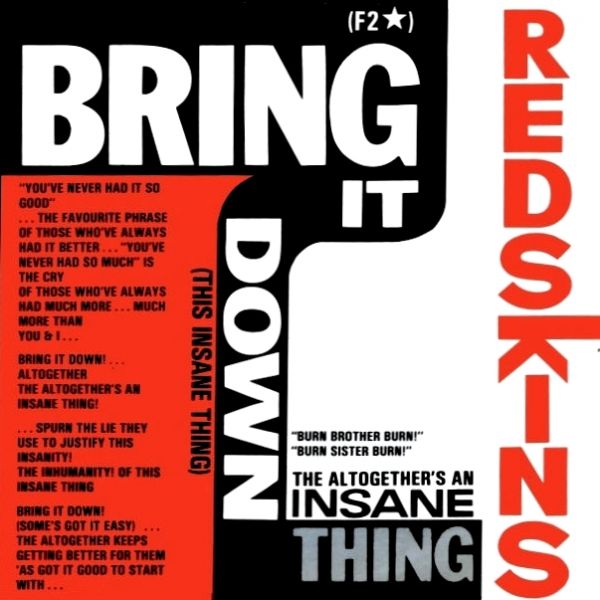 The first Redskins re-issue for many years, this is a 4-track celebration of their 1985 Top 40 hit, Bring It Down! (This Insane Thing!). Featuring their distinctive hybrid of rock and soul complete with their signature brass section and their unmistakeable call to arms socialist sensibility. This limited edition Record Store Day red vinyl 10 single release kicks off with an exclusive 7 remix which is a alternative EQd mix of the original hit single found among the archived master tapes. The release also includes the original extended 12 version of Bring It Down! (This Insane Thing) as well as the 12 singles B-side You Want It? Theyve Got It!. The final track is a previously unreleased live edit of their track Lets Make It Work recorded at the Polytechnic of Central London in December, 1985 at the height of the bands critically acclaimed live shows.