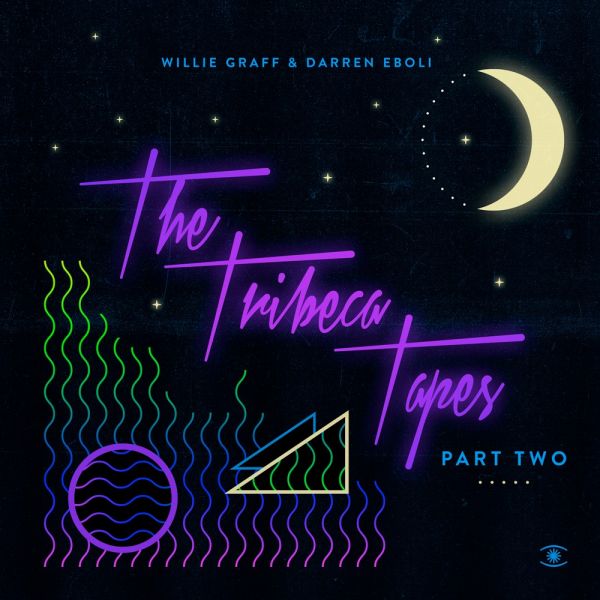 Following on from 2018s Tribeca Tapes Part One release, Willie Graf and his musical partner Darren Eboli deliver another fantastic 4-tracker on Copenhagens Music For Dreams Label.  Willie Graff splits his year between DJ residencies in New York and Ibiza (Pacha). In this second outing with studio partner Darren Eboli, the influence is, African, NY clubbing, World mixing Mediterranean and further afield.  The duo finds its roots in the past, building a link between the soul of a song and the warmth of a melody then combining them with a contemporary sound.  The opener All Is Bliss sits at the pinnacle of the underground - a powerful, Balearic, disco influenced club track full of Spanish guitar, handclaps, club synths, which sounds like it was made for DJ Harveys Mercury Rising at Pikes in Ibiza. Ahimsa is an outstanding track with funky breakbeat, weird Eastern samples, sneaking acid and Kraftwerk like arpeggios.

If you are a Cafe Del Mar connoisseur and longing for that sunset moment Bellatrix does the trick featuring bits of Spanish Guitar, Flute, Oboe and floating warm pads creating that early 90ties vibe. Another winner from Willie and Darren - and hopefully an album soon.