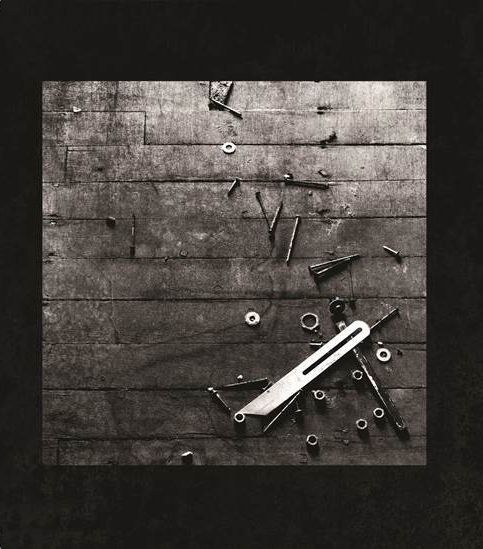 Officially founded in 2015, Coldkill was effectively born in the 80s, during an era of electronic music innovation much mimicked but rarely replicated by contemporary culture. It was a time of cold wars and colder waves of synthesized harmonics making their way into homes, whilst a wild and wide-eyed youth soaked up influences that would define a unique generation. Rexx and Eric grew up here, amidst the melancholy tones of DMode and the militaristic chants of F242 and NE. Two suburban teens, wrapped in all the angst of a world awry, drawn to the distant sounds of Europe's New Wave.

Arkana took up the fight early, gigging at local clubs before taking to the college radio airwaves of Syracuse University's WERW in 1987. This initial step behind the curtain led to a 10+ year professional career in college radio and club DJ promotions. Here he scored numerous number one records on College Music Journal's RPM Electronic Music Charts and worked with nearly every label of note in the goth/industrial/electronic scene, including Wax Trax!, Nettwerk, Nothing, Interscope and a large line up of audio indies long since dead and gone.

Over a nearly thirty year career in the scene, Arkana has headlined Wave Gotik Treffen's Agra Halle as a DJ, hosted his own local origination alternative arts cable program (Back Alley), served as Managing Editor of the full color glossy international music magazine Interface, hosted the first ever Industrial discussion panel at CMJ's Music Marathon, featuring Wolfgang Flür and Genesis P-Orridge, and interviewed with Anderson Cooper on ABC News as an expert on goth culture in the wake of the shootings at Columbine.

In 2003, Arkana stepped from the backstage to the front stage with the inception of his Bruderschaft collaborative project, which to date has united artists from such groups as VNV Nation, Covenant, Apoptygma Berzerk, Haujobb, Icon of Coil, Aesthetic Perfection, Assemblage 23, Beborn Beton, Imperative Reaction and more. In 2006, he teamed with fellow NYC DJ Dräcos von Strecker to form the harsh EBM outfit FGFC820, which has gone on to headline festivals from Moscow to Mexico City.

Throughout, Arkana's love for simple 80s melodies and the forlorn melancholy of youthful angst never once subsided. It was during recording sessions for the short-lived (and memorably scantily-clad) Armor project that Arkana and Eldredge - who initially met a decade before at NYC's famous nightclub, The Bank - bonded over anachronistic sound palettes and the music of their youth. So began the infancy of Coldkill.

Eldredge was no stranger to the electronic scene. His internationally-acclaimed Interface project blends different elements of various such styles into its own brand of melodic futurepop with a decidedly emotional edge. Eldredge originally founded the band in 1993 and has released a prolific amount of material in his own right since: The Artemis Complex debut album (1999), Angels in Disguise (2002), Beyond Humanity (2006), Destination Focus (2008), and Visions Of Modern Life (2009). Interface's sound has ranged from aggressive industrial (Frantic, Metalstorm) to dance floor anthems (Age of Computers, Wasted Time) to soft ballads rich in texture and ambience (The Softest Blade and Labyrinth).

Together, Arkana and Eldredge provide Coldkill with an aura of melodic melancholia reminiscent of the music that shaped their formative years. Unlike many of their myriad minimal or synth wave contemporaries, Coldkill has imposed strict self-restraints on their audio arsenal, limiting themselves to the sole employment of sounds that existed during the epoch they seek to emulate. If the native instrument wasn't available then, it's outside the scope of the project. The result is a very minimal approach - bereft of modern-day multi-tracking or slick production tricks - that evokes in many listeners a sense of nostalgia unique unto itself.

The band's art direction, led by well-known Washington, D.C. graphic designer Vladimir McNeally and featuring the exclusive photography of Mexican artist Leslie Monreal, similarly dispatches with the heavy handed branding agendas of many new popular acts in favor of a return to the subtle black and white metaphors of 80s-era coldwave and goth.

Many have already noted the band's limited output (two self-released digital 12s via bandcamp - I'm Yours and Invisible - comprise the Coldkill catalog to date) and offered up their support. Leading scene ezine, I Die: You Die has thrice featured the band on their regular Tracks recommendations, proclaiming: good stuffsomewhere in the neighbourhood of some of the excellent melancholy synthpop we were hearing in the early days of the millenniumit's cool to hear Rexx finding his way to a new vocal style that's all his ownwe've already received two excellent maxi-singles from (the) moody synthpop projectbits like this which confirm the downcast yet slinky mode Coldkill seems to be thriving in.

Andi Harriman - Village Voice contributor, scene historian and author of The Postpunk Project: Some Wear Leather, Some Wear Lace has written: (Coldkill) pays homage to the catchy, sticky sweet sadness of songs from our new wave record collections: the familiar favorites that console us when we need a good cry. (Their music) is a testament to their placement within the ancestry of synthpop: saluting the past while securing relevancy for the future.

Meanwhile, Adam at A Model of Control raves: There is something wonderfully cool and detached in what Coldkill are doing, channeling the best moments of Covenant in particular. There are the distant, controlled vocals, precise drum programming and nagging synth hooks that come together to produce track after track of brilliant, post-futurepop. I'm really quite excited to hear the album now, as there has been nothing I haven't liked about their material so far.

Finally, videographer Lüke Haughwøut, of Mechanical Harvest and COMA Music Magazine, described the band's sound uniquely as: it's like rediscovering an old band you'd never heard of before, or making out with your high school girlfriend all over again.

The band - recently signed to San Francisco (via Germany) indie COP International Records - is currently putting the finishing touches on their full length debut, Distance by Design, which Arkana describes as a catalog of love songs for loves lost.

If you grew up blanketed in the security of early electronic sounds of the 80s - or if you just wish you did and want a sense of what it felt like to be there - Coldkill welcomes you to share in the love of our melodic melancholia.