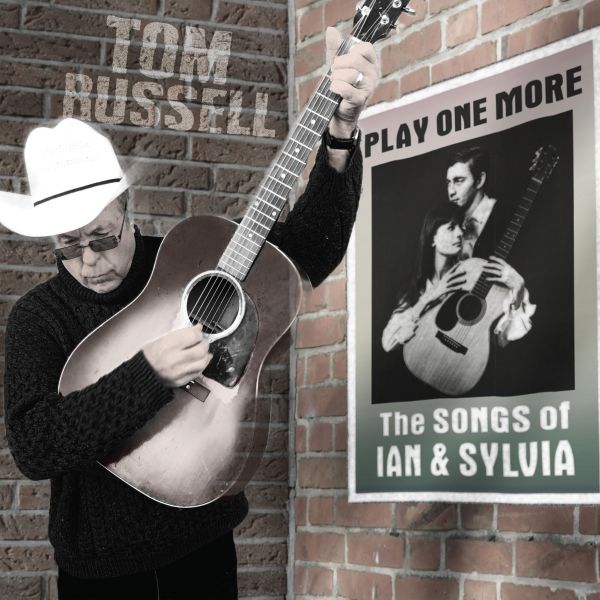 Russell, Tom - Play One More - The Songs of Ian & Sylvia

The rich musical legacy of Ian and Sylvia continues to entertain millions of fans across the globe, and today singer songwriter, painter, and essayist Tom Russell announced a project honouring their music with new interpretations of classic songs with his May 19th release of Play One More: The Songs Of Ian And Sylvia.

Russell has recorded 35 highly acclaimed records, & published five books - including a book on his art and a book of his songs. Russell and Ian and Sylvia share similar values and cultural traditions - both deeply rooted in the depth of the song and story. Russell says, The music of Ian and Sylvia has stood up over a half of a century and is still recognized as deeply Canadian, it was an honour to pay tribute to them.

In 1992, Ian and Sylvia were inducted into the Canadian Music Hall of Fame during the Juno Awards ceremony. In 1994 they were both made Members of the Order of Canada.

In 2005 an extensive CBC poll determined Ian Tyson's song, recorded by Ian and Sylvia, Four Strong Winds, to be the most essential piece of Canadian music, and is no doubt the most popular Canadian song ever written. But dont look for it on Play One More: The Songs of Ian and Sylvia. Russell says, I wanted to mine the deep, neglected, album tracks that I've listened to for over forty years. Works that I could never get out of my mind. Classic songwriting.

In 2015 Russell released a 52 track folk opera on the West, The Rose of Roscrae, which was hailed as Maybe the most important Americana record of all time by UK Folk, and The top Folk album of 2105, by Mojo Magazine. It was included in top ten lists in three dozen publications, including The Los Angeles Times.


Tracks:
1. Wild Geese
2. Thrown to the Wolves
3. Rio Grande
4. The Night the Chinese Restaurant Burned Down
5. Play One More
6. Old Cheyenne
7. Short Grass
8. Sam Bonnifield's Saloon
9. These Friends of Mine
10. Red Velvet
11. The Renegade
12. When the Wolves No Longer Sing