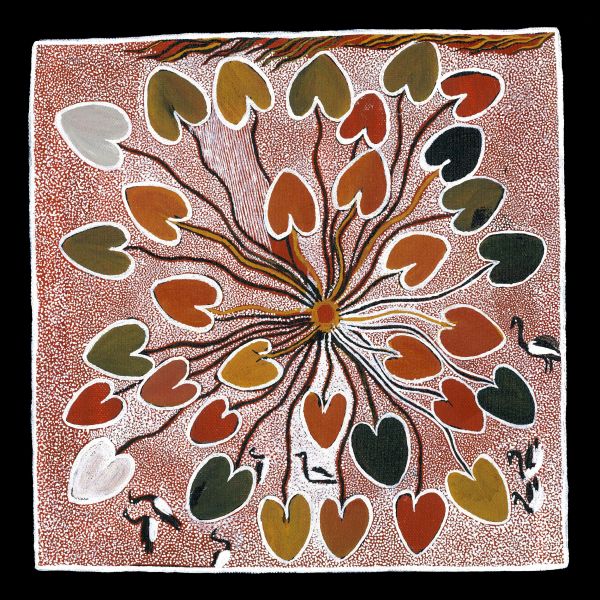 Efficient Space is honoured to share the little-heard recordings of three Yolngu songmen from Northeast Arnhem Land - Bobby Bunnungurr, Jimmy Djamunba and Peter Milaynga (d. 2007) - working in collaboration with Victorian musician Peter Mumme. Yolngu are the indigenous peoples of Arnhem Land in Northern Territory, Australia, their clans are the Marangu and Malabirr, the languages Djinang and Gannalbingu. Their songs are of instruction, story and ceremony.

A connection first initiated by Yolngu actor David Gulpilil, Waak Waak Djungis mid-90s recordings were preceded by years of respectful sharing of culture. Mumme explains that the aim was to produce something that is new, not in the sense of a breakthrough, but what emerges from the combining of existing ideas. What developed was sonically unique - sprawling vocal/electronic soundscapes and field recordings that reimagine the traditional songs of black crows and white cockatoos, sharing, creation spirits and of leaving and returning home to country. Spacious and patiently durational, the songs resound in a big land with a big story to tell. On the 1997 Waak Waak Djungi album Crow Fire Music, these interpretations were assembled with traditional recordings and additional material from Sebastian Jörgensen and Sally Grice. Falling short of generating public interest, it became well known in the Yolngu homeland. Nearly two decades later, a CD copy filed away in the 3RRR FM library would prompt a three year investigation to meet the people behind the music. Waak Waak ga Min Min (Black Crow, White Cockatoo) combines the previously unreleased Gandi Bawong with five contemporary versions from the original album, with a new cover painting by Bobby Bunnungurr. Tracing 1997 back to many millennia ago, this is a captivating window into the richness of Aboriginal culture and collaboration.