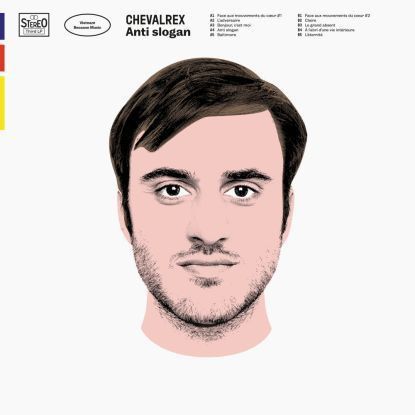 Since 2016, Rémy Poncet aka Chevalrex sits among the top new French songwriters to watch thanks to Futurism (Vietnam, 2016), an intimate sophomore album critically acclaimed by the press and on which he plays all the instruments. Wondering how one finds his/her place in todays world while staying true to him/herself, Chevalrex offers his answers in this third album and leaves behind his minimalist compositions to raise his ambitions and push his music into a whole other dimension. Recorded this time with additional musicians and even a whole string orchestra, Anti Slogan compiles ten songs meticulously crafted in which the worlds of Jim ORourke, Vincent Delerme, Tindersticks and Boris Vian collides, showcasing a level of refinement hardly ever heard in the French pop scene.