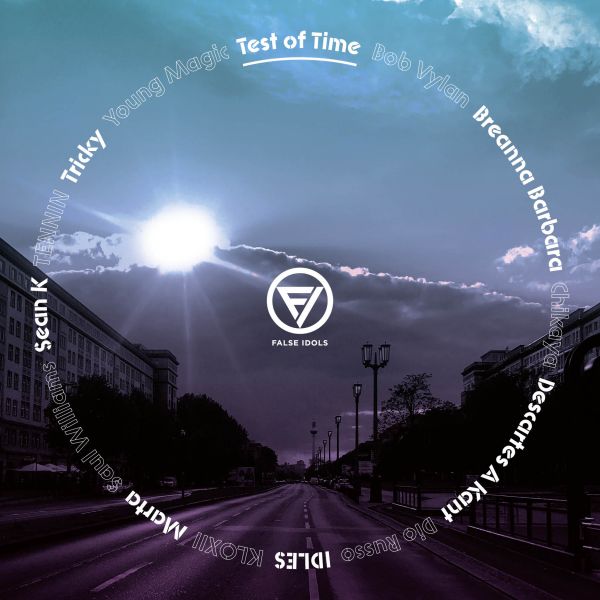 False Idols - the record label launched by Tricky in 2013 - has today announced a fresh compilation album - featuring a selection of mostly unsigned artists from around the world, hand curated by the label boss himself. A limited run LP will be available on 30th August as well as an expanded digital edition. The sixteen tracks featured showcase Trickys A&R expertise and vision for the label - allowing a platform and a context for unheard artists who span diverse genres but effortlessly come together into a unique and compelling album collection. Tricky lends his production expertise to tracks including The Moth & The Flame by Bob Vylan - the politically focused, London based punk and grime duo, as well as an elegant and streamlined re-edit of  Lucien from Young Magic, the Brooklyn based group who have toured the US with Tricky in recent years. The two tracks are available today to stream - offering a sample of the diversity and versatility of the album. Deeper into the selection, Tricky has also contributed a remix for Mercury-nominated Bristol punk band Idles, and co-production for the likes of Namibian producer Sean K, bewitching US singer-songwriterBreanna Barbara, and French crooner Rodolphe Burger - as well as a new track performed with his enchanting touring vocalist Marta. Add to this new cuts and original material from the likes of Saul Williams, former Prodigy collaborator Leeroy Thornhill, and new artists such as KLOXII, Suzy Sleepzzz, Chikaya and more - fans of Trickys keen ear for the underground of new music, and curatorial skill, will have a host of new favourite artists to dig into.