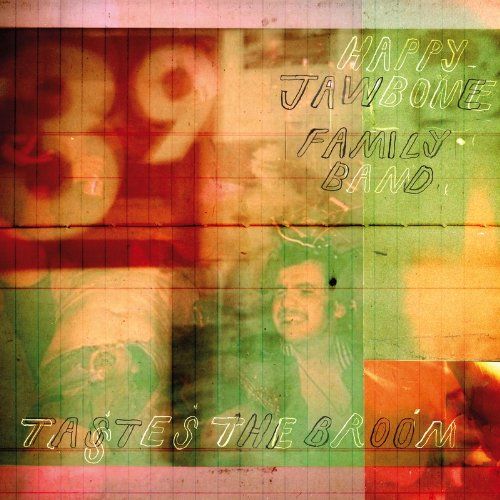 Five friends span a very long distance - Brattleboro to Boulder - and yet make music like theyre all part of the same body of whimsy and mirth, of childlike wonderment and adolescent inappropriateness, of love in the eccentricities of life inside the mind. The Happy Jawbone Family Band is the cure for a pop approach thats conflated width and depth with the infernal need to ham it up with literary aspirations, fey mannerisms, prep-school smarm, and a compulsion to restage The Lion King. Music has gone to hell by people who dont do the right drugs for the right reasons, and this band of transcontinental misfits is out to rewrite the false, bloated history of what indie rock became when it traded hands to the masses and to Madison Ave. Tastes The Broom collects nine tracks that fit together from the groups 100-strong catalogue of songs, previously released across a smattering of cassette tapes, LPs and singles from the past five years. There are nine more where that came from, and even more after those (and surely after - the group is recording their fourth full-length with Jarvis Taverniere of Woods for release on Mexican Summer later this year), and Tastes The Broom should acclimate everyone who hasnt been paying attention. The HJFB skips and hops through the DIY era from the late 70s onward, making music that could fit in any time between then and now. You would be wise to pick up what theyre putting down. RIYL: Robyn Hitchcock, Neutral Milk Hotel, Vic Godard, Akron/Family, The Cherry Blossoms, Paul Williams, The Hospitals,


Tracks:
1. Now Everybody Rock Like You Got AIDS
2. Fireflies Made Out Of Dust
3. At The Hotel Double Tragedy
4. Fistful of Butter
5. There's Too Much Blood In The Attic Tonight
6. Book Of Fire
7. That Cruel Thimbleful
8. Martian Santa
9. Don't Tread On The Museums Of Your Youth