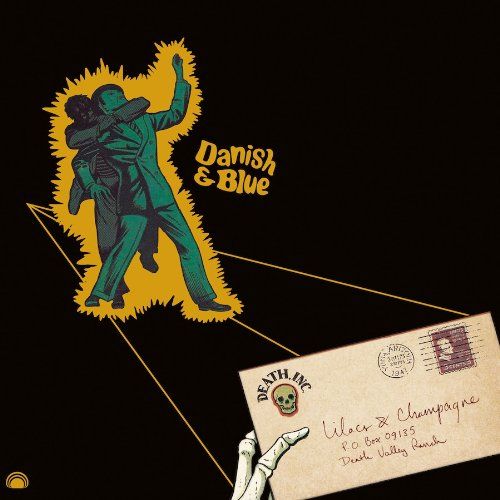 Turning away from the suspense and dread of their other band 'Grails', Emil Amos and Alex Hall pursue a different angle of playfulness and perversion with their newer project Lilacs & Champagne. Their self-titled debut of 2012 warped samples from around the world to build a new kind of psychotic mood music and their 2nd record Danish & Blue manages to be even grander and more ambitious, yet somehow more damaged and bugged-out. In 1969, Denmark became the first country to legalize pornography, and dominated the market for some years with a bizarre comedic approach to smut that made millions until the rest of the world caught up. The new record takes its title from this era of Scandinavian backroom films and utilizes samples from some of the most obscure B-movies of the late 60s.Alternately beautiful and deviant, L&C showcase a unique sense of humor and digging understanding that escapes the carcommercial- ification of the sample-based styles thatve been left for dead or un-updated. L&C take the classic cratedigging methodology that built instrumental hip-hop and direct it back into darker unexplored creases of cult music history. From an alternate dimension where 'behind the curve' and 'ahead of the curve' conjoin to make music actually fun to listen to again and mysterious, we give you Danish & Blue!