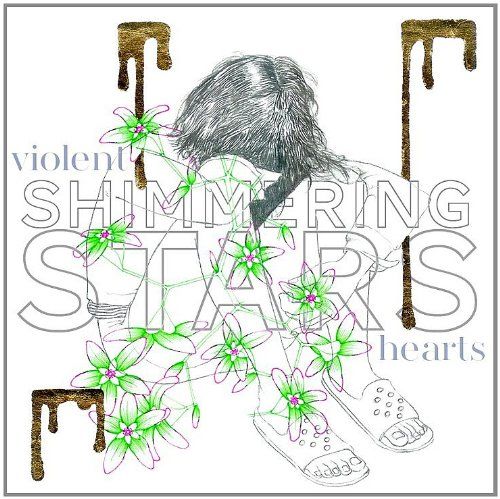 Shimmering Stars create reverb-soaked pop songs, full of arching harmonies, pulsing rhythms, and exquisite melodies, often with dark undertones, all while adhering to the timeless structural qualities of the seminal songs that inspired them. The songs are haunting and sublime - at times blissful, and at others heart breaking.

The band began as a recording project in Spring 2010. After stumbling upon some old live footage of the Everly Brothers, Rory McClure holed up in his parent's garage in Kamloops, British Columbia to record the first demos. That first recording environment rendered Shimmering Stars' distinctly dusty atmospheric sound and established a conscious insertion into the garage music continuum.

If there's any justice, 2011 could be a breakthrough year for the band. The Line of Best Fit

Shimmering Stars are a band who embody this wonderful kind of ignorance, a quartet seemingly frozen in a bygone era and thawed in the choppy waters of today. The kind of music you'd associate with an excellent post-war prom, their tender, dream pop ambience a sort of cool embrace. The Pigeon Post

Influenced by the sounds of Beach Boys, Everly Brothers, with a touch of Phil Spector, Shimmering Stars creates timeless, lo-fi dream pop. Guitars strum and jingle, the vocals soar and ascend, while the drums beat-beat like the sound of your heart. They take you back to first crushes, lost loves, and restless nights contemplating just how you're going to work up the nerve to talk to *that* person. These songs glisten and glimmer, sweetly encompassing the sound of falling in love. Unholy Rhythms

- Dancing to Music I Hate